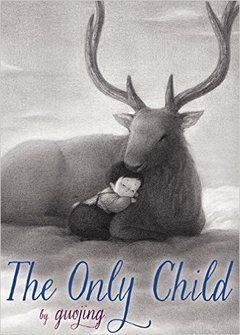 Like Shaun Tan’s The Arrival and Raymond Briggs’s The Snowman, this gorgeous and imaginative 100-page graphic picture book is utterly transporting and original.

DescriptionA little girl—lost and alone—follows a mysterious stag deep into the woods, and, like Alice down the rabbit hole, she finds herself in a strange and wondrous world. But . . . home and family are very far away. How will she get back there?
In this magnificently illustrated—and wordless—masterpiece, debut artist Guojing brilliantly captures the rich and deeply-felt emotional life of a child, filled with loneliness and longing as well as love and joy.
Schwartz & Wade, Random House, published Dec 1st 2015.


​Reviews:
September 28, 2015 issue of Publishers Weekly
In an author’s note, newcomer Guojing explains that this wordless graphic novel grew out of memories of “isolation and loneliness,” growing up under China’s one-child policy. The Only Child of her story is an adorable dumpling in overalls who discovers herself alone on a bus after falling asleep. She sets off to find her grandmother’s house and is approached in a wintry forest by a stag, who flies with her into a realm beyond the clouds. There they discover an irresistible creature—part baby seal, part polar bear cub—and the three share a marvelous adventure until the animal’s parent comes to fetch it and the child is left alone again. She is never deserted by the loyal stag, though, who returns her safely to her own world. The low-key, all-gray charcoal palette carries whiffs of winter chill and poverty, but the physical sensations Guojing suggests visually—the fluffy softness of the clouds, the warmth of the stag’s closeness—provide the comfort of a soft quilt. Fine draftsmanship, deft pacing, and striking imaginative power distinguish this debut. Ages 5–9. Agent: Isabel Atherton, Creative Authors. (Dec.)

Kirkus Review, September 15 2015
Left alone when her mother leaves for work, a child amuses herself with television, dolls, and a toy deer before boarding a bus for her grandmother’s house. The ensuing experience, in which she falls asleep, misses her stop, and runs scared into the woods, is pulled directly from the author’s childhood in China. In this wordless, 105-page graphic novel, her constantly-in-motion protagonist is rescued by a mysterious stag that leads her up a ladder of clouds into a puffy paradise. The animal is a perfect playmate. Humorous close-ups reveal a hands-on exploration of the animal’s muzzle, toothy smiles, and affectionate nuzzling before the afternoon’s excitement. Guojing’s telling is skillfully paced. Early on, a sequence of 12, nearly square panels on a page conveys the child’s sense of confinement, loneliness, and boredom. Varying in size and shape, digitally manipulated graphite compositions create a soft, quiet atmosphere within which a gamut of effects are achieved: brilliant, snowy light, the etched faces of shivering street vendors, nuanced cloudscapes, and the pure black of a whale’s interior after the duo and a new friend are swallowed, Jonah-style. Majestic settings, tender interactions, and pure silliness lead readers to pore closely over these images, pulled along by shifting perspectives, ethereal beauty, and delight in the joy born of friendship. Rare is the book containing great emotional depth that truly resonates across a span of ages: this is one such.
​
School Library Journal, August 2015
THE ONLY CHILD
A tender picture book with graphic novel elements about a young girl’s escape from loneliness through her imagination. Left home alone one day, a cherubic toddler-size child quickly bores and decides to visit her grandmother. Dressing for the snowy day, she boards a city bus with good intentions. However, she eventually grows drowsy, falls asleep, and doesn’t wake up until the bus is at its last stop. This is where the story gets magical. The last stop is at the edge of a strange wooded area filled with magical creatures. Much like Lewis Caroll’s Alice, she wanders through the woods in hopes of eventually finding her way back home. Although this is a wordless picture book, there is no lack of story. Illustrated with pencil in softly shaded tones of gray and white, the girl’s subtle expressions are captured simply but acutely. The style is cartoony, however, the black and white palette gives it a sophisticated tone. With the exception of several dramatic spreads, most pages are organized into graphic novel–style panels. The apparent age of the protagonist may deter some older readers. Luckily, the heart-warming and enchanting story, paired with such beautiful artwork is reason enough to purchase this title. VERDICT Part picture book, part graphic novel, this book is a solid addition that will spark discussion and inspire budding artists.–Jaclyn Anderson, Madison County Library System, MS 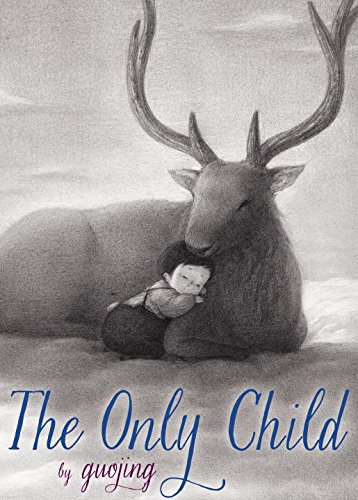 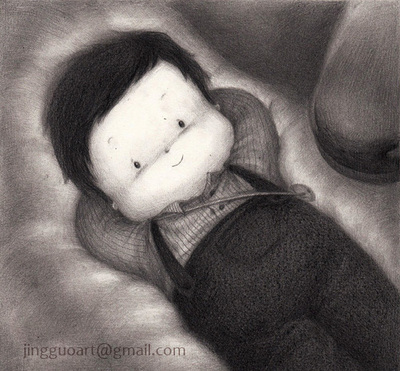